Posted by ZombieCreep at 12:14 AM 0 comments

Posted by ZombieCreep at 2:11 PM 1 comments 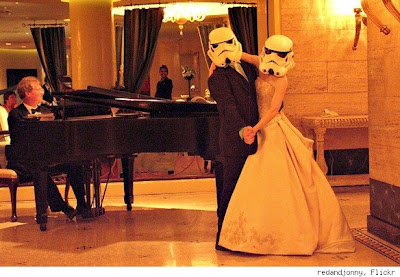 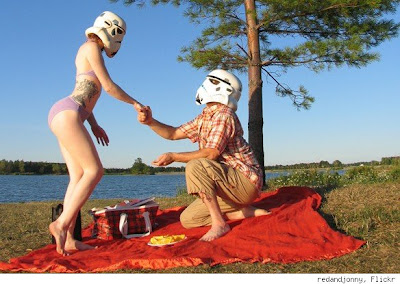 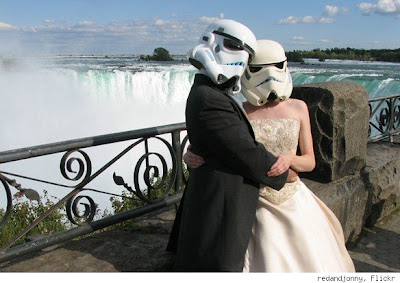 If you don't believe Red and Jonny when they describe themselves as "Star Wars geeks," take a look at their Flickr stream, where the couple photographs themselves wearing Stormtrooper helmets in a slew of situations from the banal to outlandish. It'll probably change your mind.

The photo series began on their honeymoon, when the couple found a Stormtrooper helmet at a toy show. "I got Red to put it on and started taking photos of her in it immediately," says Jonny. "We just started taking it everywhere, chronicling our marriage taking photos of ourselves wearing it, coming home and laughing our heads off."

They began posting the images to show friends and family their adventures, but soon found Internet fame, as their Flickr page hit Boing Boing, Digg and Reddit. People even started recognizing the couple on their adventures.