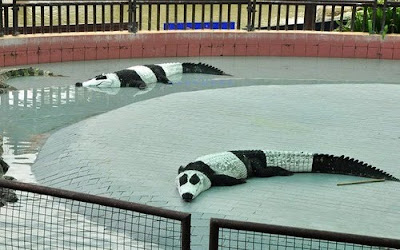 BUENGCHAWARK, Thailand -- For aquarium worker Kamla Maneegan, painting baby crocodiles to look like crowd-pleasing giant pandas is more than just a job -- it's a point of national pride.
Ever since a pair of pandas on loan from China gave birth to a cub in May, Thailand has gone ga-ga for the black-and-white bears.
One television network broadcasts 24-hour coverage of the cub, Lin Ping, on its "Panda Channel" as she chows down on bamboo shoots, plays with tires and nuzzles her mother. Street vendors and fashion designers have incorporated panda motifs into their work, and the country's top zoologist has taken to wearing a panda costume for TV interviews. Panda fever appeared to reach a fresh peak in October, when two armed men held up a gas station in Bangkok and made off with two stuffed pandas -- leaving the cash register untouched.

Via: online.wsj.com
Posted by ZombieCreep at 2:37 AM 2 comments 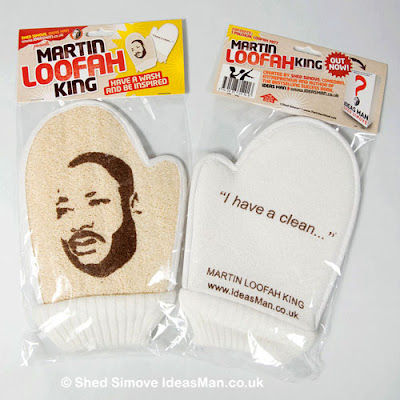 Posted by ZombieCreep at 10:18 PM 1 comments

Posted by ZombieCreep at 5:53 AM 1 comments